Glasgow attracts a lot of people, on the one hand it is the second largest city in Scotland so it is a tourist destination. On the other hand, the port of Glasgow is approached by various types of ships, including cruise ships, which bring the city to it.

In addition to the above, Glasgow is a commercial center with more developed fields of technology, economics, business planning, industrial design, as well as tourism and event organization.

worldcitizen.gr visited Glasgow & prepared a travel guide with the best attractions to see during your visit. So let’s see them one by one ..

Buchanan Street is one of the first attractions of the city that we present to you & which is located near its center. It could very well be your first choice of attraction to visit, especially if you are staying in a central hotel in Glasgow.

Buchanan Street is Glasgow’s shopping street full of shops mainly with clothes, toiletries, wine cellars & Scotch whiskey, jewelry (especially for the goldsmiths there is a special gallery which closes at night & which is full of shops with gold & watches).

The Kelvingrove Art Gallery & Museum is located in the heart of Glasgow’s famous West End.

The area is also crossed by Byres Road, Glasgow’s most cosmopolitan street.
The West End area attracts young and mature professionals and students to the University of Glasgow which is a short walk from the Kelvingrove Museum & Art Gallery.

The Kelvingrove Museum & Art Gallery was built in 1901 with amazing attention to detail in the architecture of the building & a number of separate exhibition halls.

Eventhough, admission to the Kelvingrove Museum & Art Gallery is free, you must have booked online tickets a few days in advance to be admitted.

Worldcitizen.gr Tip: If you have not booked a ticket for the Kelvingrove Museum & Art Gallery, walk around the building until you are at the back of it, where there is an entrance & usually from there they let people without a ticket enter the area. Simply you will enter from the back door;) 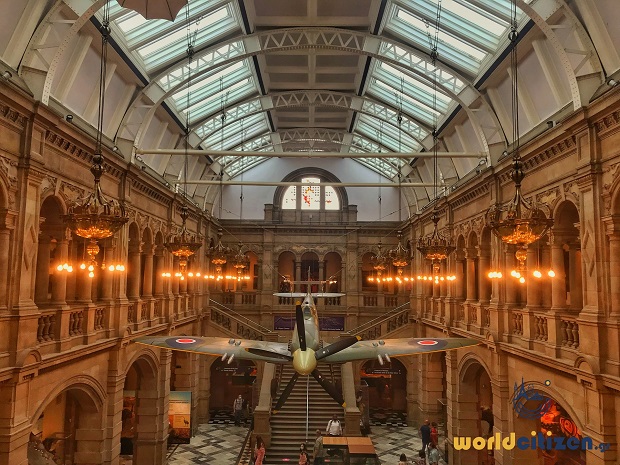 On site, there is the famous painting of Jesus Christ painted by Salvador Dali. Also the Kelvingrove Art Gallery is full of paintings from various periods of Scottish & English history.

You will also have the opportunity to see various exhibits, such as dinosaurs and prehistoric mammals, deer, various species of birds, etc. 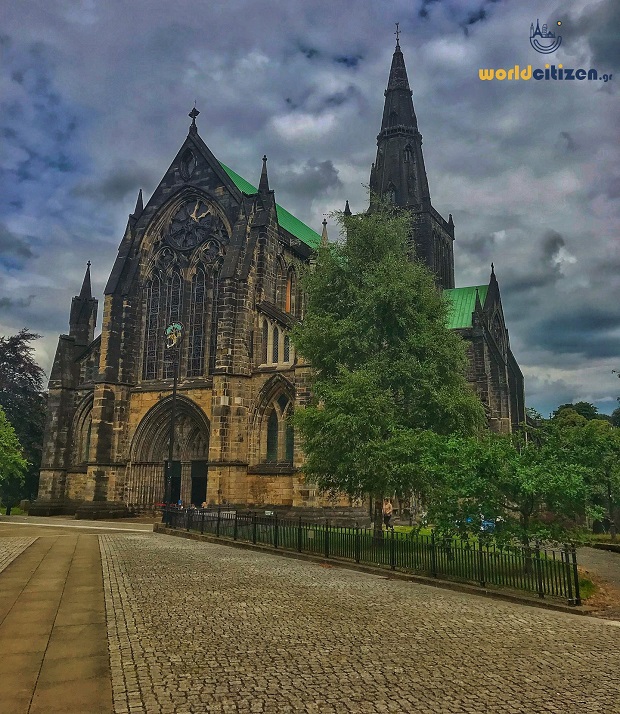 Like most medieval cathedrals in the United Kingdom, Glasgow Cathedral has amazing architecture & attention to detail.

So, you should not miss the opportunity to visit Glasgow Cathedral, one of the largest cathedrals in the city.

Glasgow Cathedral has been a place of worship for more than 800 years and has one of the largest collections of post-war stained glass windows in his windows.

You can see the brilliant arches, the carved handmade stalls & the souvenir pieces that are scattered on every wall.

Whether you are an ordinary traveler, or a fan of Scotland’s unique & medieval architecture, or even history or even photography, you are fascinated by Glasgow Cathedral is a place of worship you should not miss to visit. 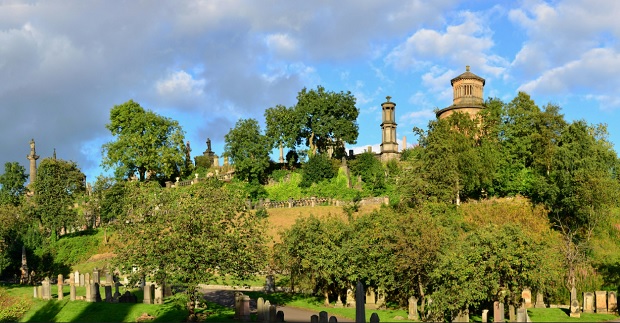 Next to Glasgow Cathedral is the entrance to the Necropolis, Glasgow’s old cemetery. Although it may seem strange to you, the Necropolis is one attraction not to be missed. It is located on a hill from which you will be able to see the whole city from above. It is also one of the most special cemeteries in Europe.

Furthermore, there are quite a few movies that have been shot at this point. Spring is a special time to visit the Glasgow’s Necropolis, as there are many blooming flowers in different colors.

Finally, the top of the hill in the Necropolis is an ideal place to take special photos of Glasgow Cathedral.

The Riverside Museum, is the Glasgow’s Transport Museum, where you will find a number of exhibits such as, used train carriages, old cars but also new modern ones, samples of ships of various kinds & technologies, motorcycles that circulated 30 & 40 years ago & modern, carriages, metro stations (yes you heard right) there is a whole room that has been transformed into a metro station in the area & generally that has to do with the transport of people & goods from earlier years until today.

Admission to the Riverside Museum (Transport Museum of Glasgow) is free & you will need about 2 hours to make a thorough visit.

Admission to the Glasgow Science Center is free & you can buy a ticket at the entrance of the building, where there is a shop where you can buy souvenirs.

The Glasgow’s Science Center aims to educate and entertain children by giving them an insight into the world of science and technology. Children under the age of 7 can use the Big Explorer area, where they can use water and operate the crane to keep a cargo ship in balance.

Otherwise they can make their own little puppet show under the sea, while having fun with a shark music and a huge ride with piano sounds. If your children are young, then they will probably have a lot of fun in the play area which is located downstairs. Both adults and children will find the planetarium seductive, letting your imagination run wild.

Also in Glasgow’s Science Center, there is the famous tower which you can visit & enjoy with it
the way the view of the whole city of Glasgow from above.

The Glasgow’s Botanical Gardens are located on the western edge of the city. In addition to the various gardens with individual trees, vegetables & flowers from around the world, they have many greenhouses, the most notable of which is the Kibble Palace.

Among the greenhouses there are some of which are already dedicated to specific plants, flowers & trees, such as e.g. Palm trees or the rose garden which officially opened in 2003 by Princess Tomohito of Mikasa.

The Kelvin River runs along the north side of the Botanical Gardens of Glasgow and continues through Kelvingrove Park. Along the Kelvin River there is a trail which you can take advantage of for hiking & at the same time enjoy the green landscape.

The Glasgow’s Botanical Gardens were awarded the Green Flag in 2011. A distinction is given to green spaces that apply best practices.

Glasgow City Hall & City Chambers are located in the city’s main square, which also houses various statues of important personalities. The Glasgow’s City Hall which is housed in a really special building from an architectural point of view, is open to the public.

Guided tours of the Glasgow’s City Chambers & City Hall take place twice a day at 10.30 am. and 2.30 p.m. Monday – Friday. Tickets for the tour can be purchased at Glasgow Chamber’s reception 30 minutes before the start of each tour. Please note that tickets are issued in order of priority. 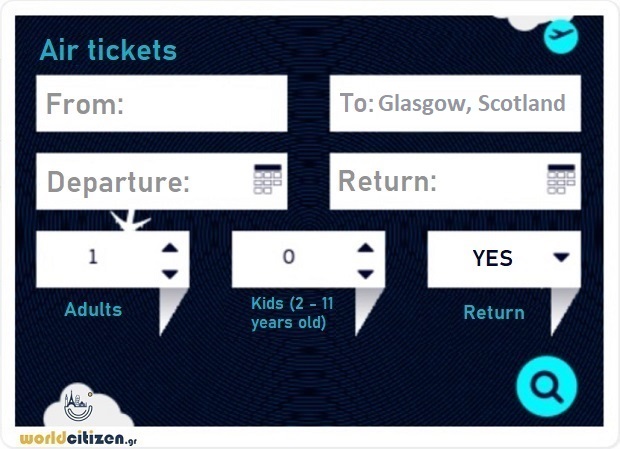 Hotels at Glasgow in Scotland:

Tip: For more comfort when visiting the sights at Glasgow in Scotland, we suggest you rent a car with which you can move easily all the days of your stay.

Rent a car in Glasgow in Scotland:

Rent a car in Glasgow, Scotland.

Activities at Glasgow in Scotland:

Edinburgh, the capital city of Scotland ~ The 10 best attractions!
Monaco ~ The 15 best places to visit!
Shankly Hotel in Liverpool.